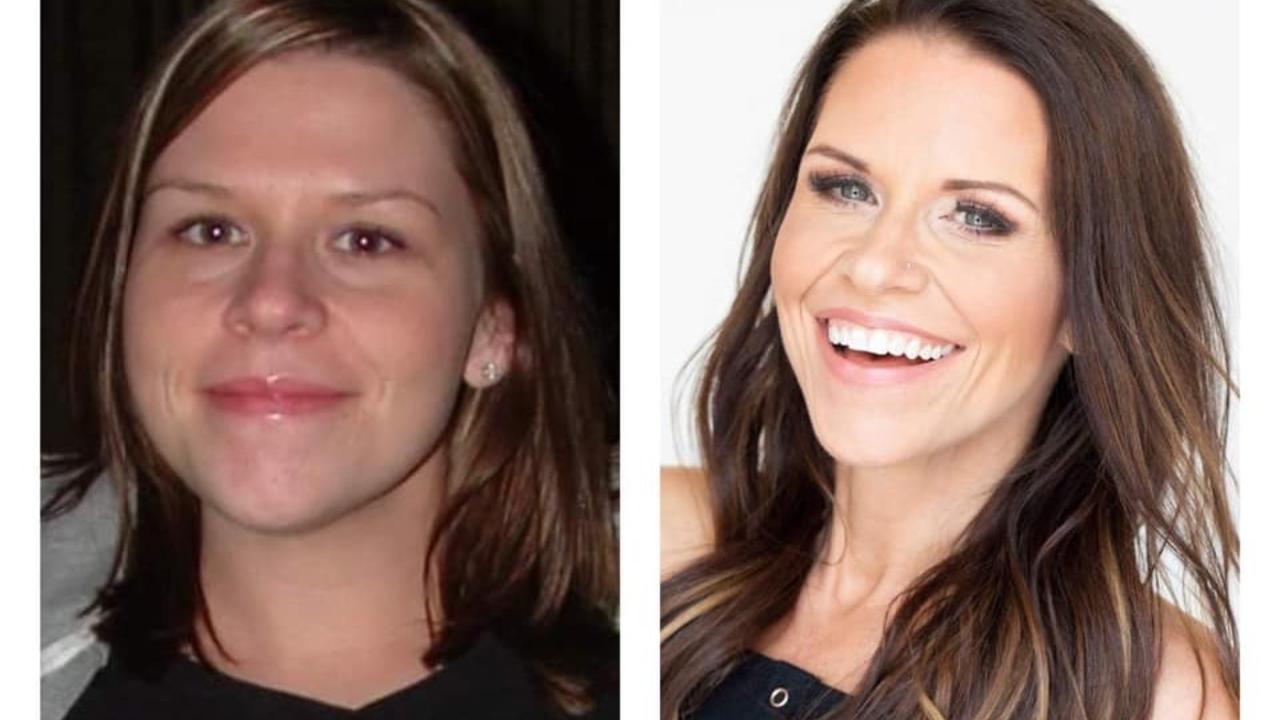 I’m NOT that same mom I was 10 years ago, and you will want to save this!

In 10 years you’ll surely arrive. The questions is where do you want to be?

While overcoming my lifelong battle with obesity was hard, the hardest part is the work done on the inside to heal yourself. The work you MUST do when you lost yourself. I lost myself at 27.

When the PAIN of staying stuck where you are becomes MORE PAINFUL than the pain... 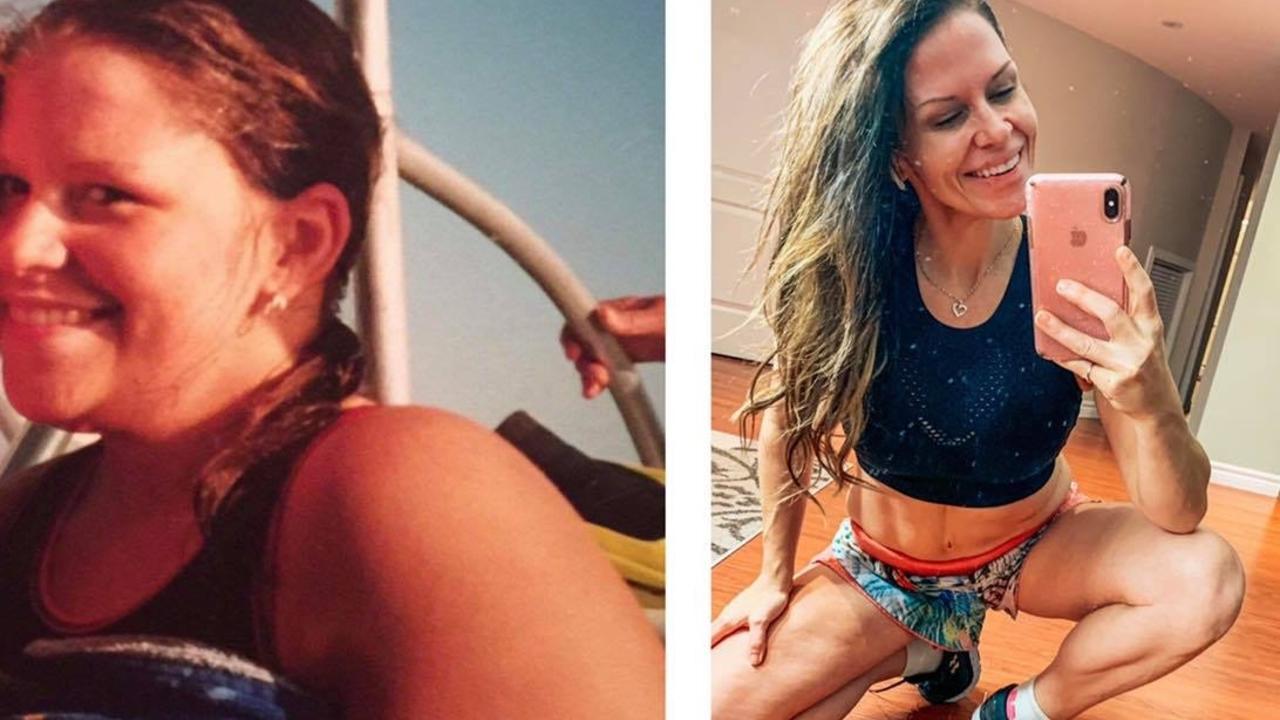 I’ve got a secret to share with you this morning.

I guess you could say my priorities are different. During my workout this morning I thought about the time I woke up at the crack of stupid to go to Future Shop with my lawn chair so I could get $400 off a TV.

I thought about all those boxing days where I’d get up while it was still dark out, hit up the drive thru for my usually Large Double Double, Bagel with cream cheese AND butter, then go hit the malls.. looking for a good deal.

It made me sad that I would get up for a good deal, but yet I couldn’t commit to getting up for myself. I’m so proud that I changed that.

Wanna know the secret to real life transformation and sustained long term success? How I’ve managed to keep my over 80 pounds off for nearly 2 decades now. How I still add myself to the top of the To-Do list every day?

You must look at your health and your life differently. Sorta like a return of investment.

If you’re dieting and...

How to Lose the Last 10 Pounds! 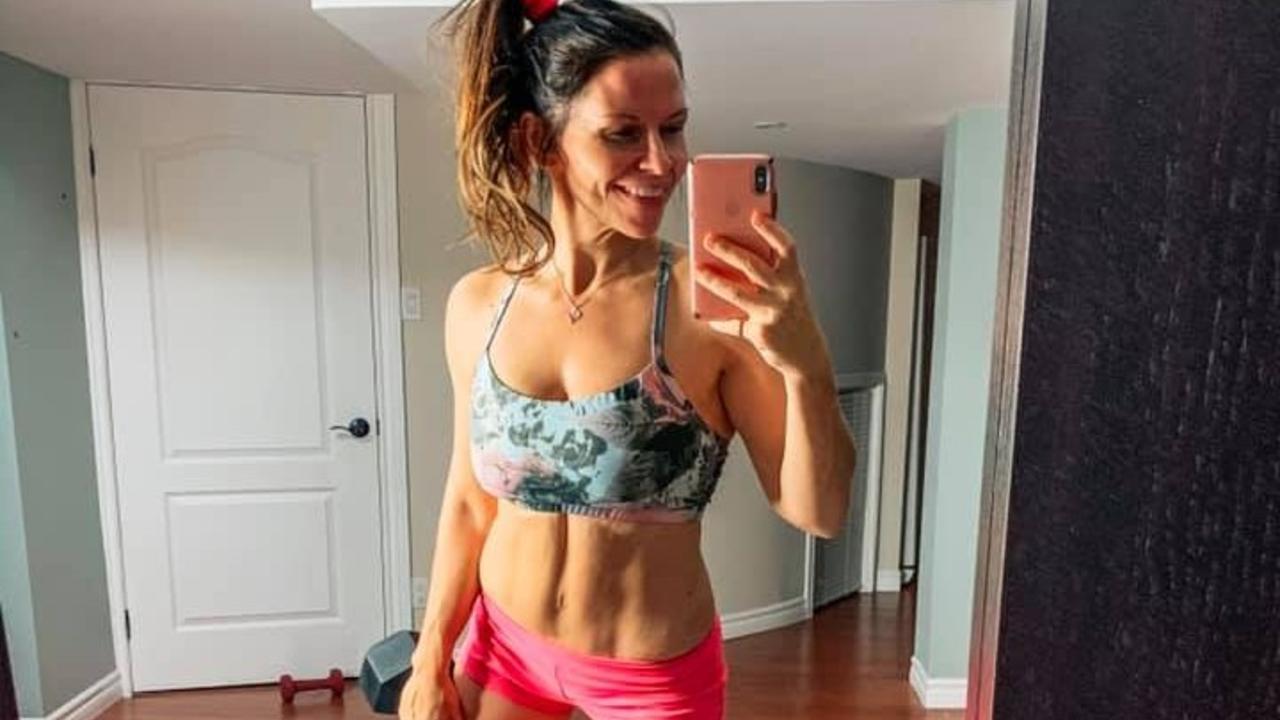 The mirror isn’t your enemy! Freeing yourself from yourself is the HARDEST work you will ever do.

It’s been a while since I’ve looked in the mirror and picked at every single imperfection on my body.

I can’t remember the last time I stepped on the scale, counted a single calorie, obsessively balanced macros, counted calories burned or steps walked...or put food on scale to weigh it out. It’s been a while since I’ve attacked myself with shame, guilt, and regret after eating my favourite cheesecake or cookie.

It’s been a while since I compared myself or judged another woman. It’s been while since I’ve been free of that disordered way of “living”.

It’s been over 2 decades of overcoming my battle with obesity, food addiction, negative self talk.

Since when did "GOOD" become a life goal? How about Amazing? 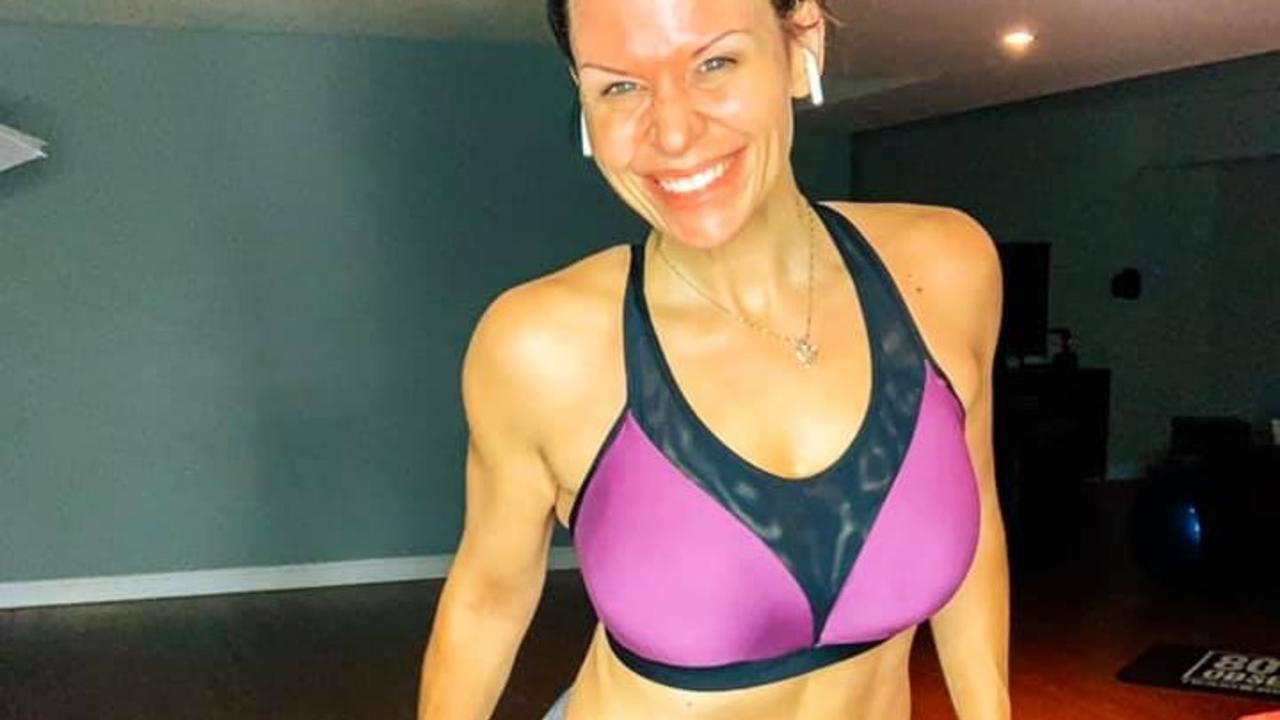 But yet, for some reason you wake up tired EVERY day. You’re not getting the results you want by “trying” your “own” thing. You’ve made the same New Years resolution for 14 years in a row.

You can’t put your finger on it, but something is missing, and you feel as if there must be more to life.

You wake up day in, day out, grab your phone, sit there, and spend your time alone in isolation scrolling, always feeling not good enough. You roll your eyes hating on everyone and anything that is doing better than you. 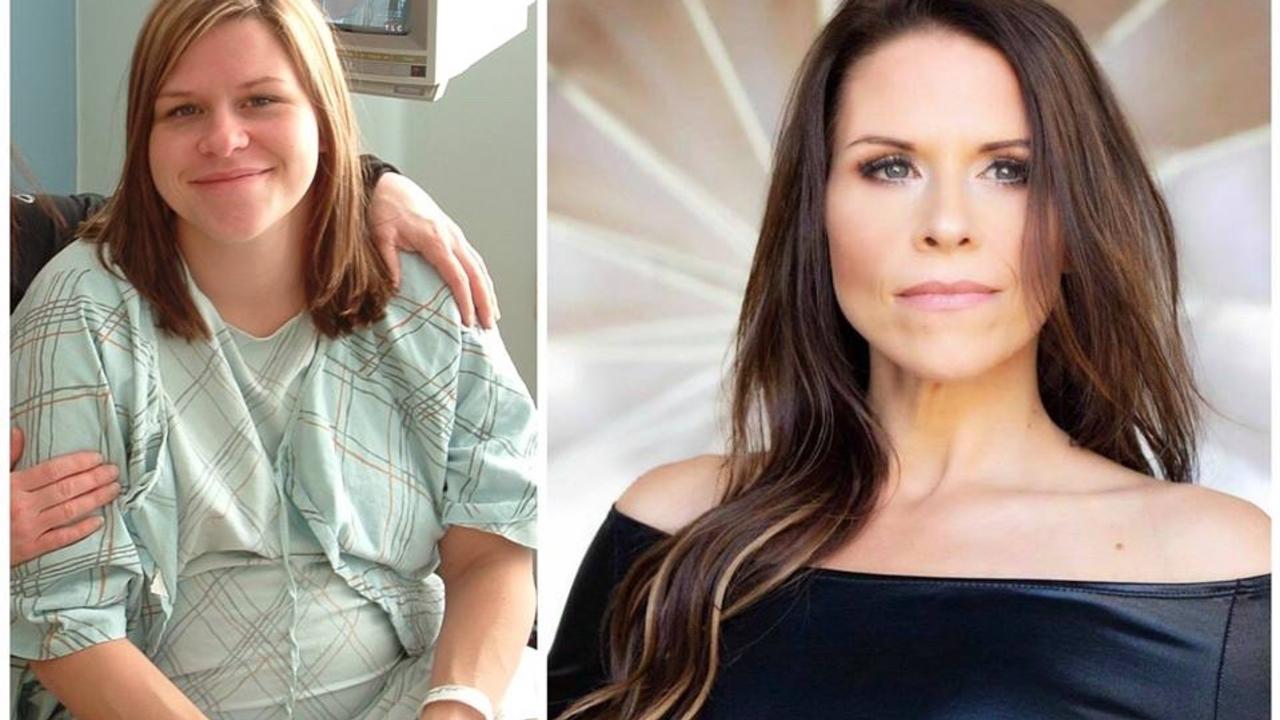 8 years separate these 2 pictures, and the transformation you can't see is the one I'm most proud of.

There's a 70 pound difference between the two pictures. Back then I didn't know what self care was. I fondly remember sitting on the couch at 3pm still in my pink robe, un showered, unshaven, and crying because I had no time.

4 months after this picture was taken I become a single mother and was in my doctors appointment getting anti-depressants and sleeping medication because of "situational" depression. I took a stress leave from work.. Not my first one either. I took two.

You see... it took me nearly 4 MORE years after this to make a change. TO get serious enough to realize that my life and circumstances weren't going to improve unless I started getting VERY serious about the direction of my life, my health, and what I wanted it to look like.

I speak to women on the daily. Burnt out. Exhausted.... 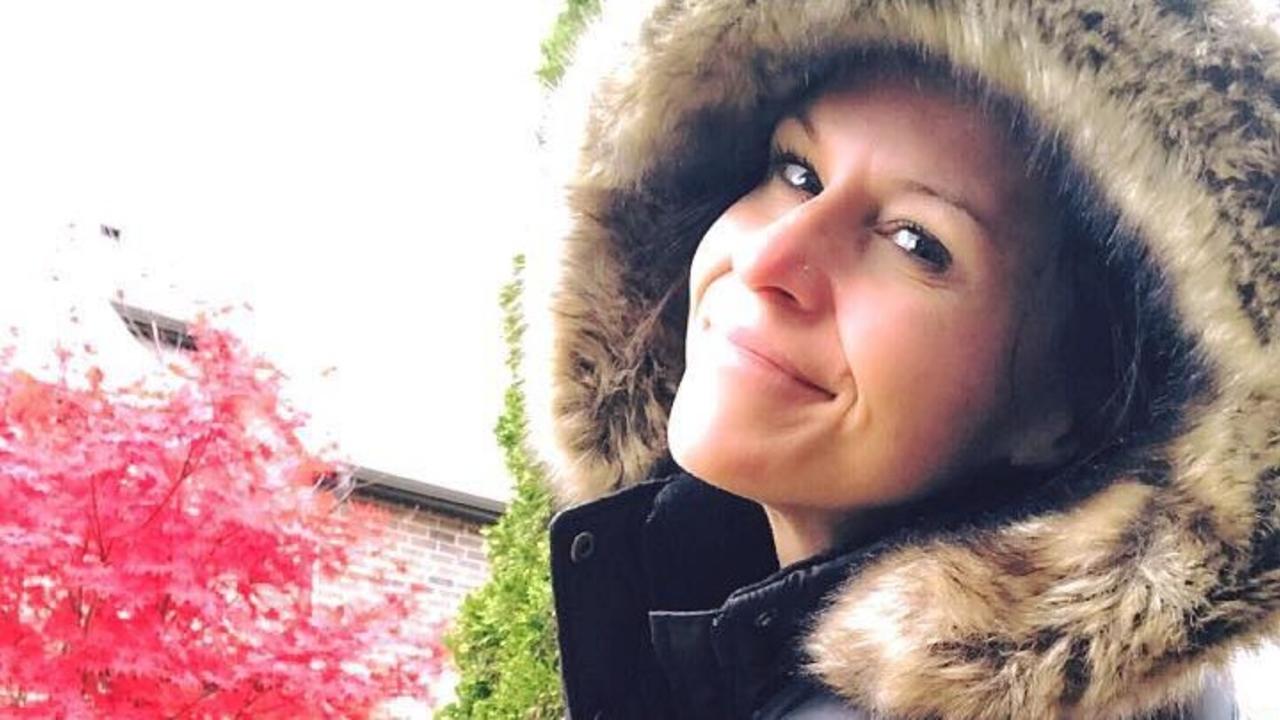 Every single year I would tell myself, I am gonna buy myself a new winter coat and every single year I just can’t see myself spending $500 on a coat, I’m literally in for 10 minutes. Plus Dennis and I made a deal. Once it goes below 0... It’s his job to take the kids to school and I start work a little earlier... and I don’t “play” in the snow or build  snowman.... his job too

I bought the kids their boots, coats hats and mitts... and didn’t think twice about the expense. Mom Life.

You see... One thing about me. I hate being cold, and I hate wasting money too. As a former single momma I’m still frugal, still mindful and often times I still find MY needs getting put on the back burner, but always always make sure my kids needs are met.

In my November group this month, it’s all focused around Self...
Continue Reading...

When Enough IS Enough 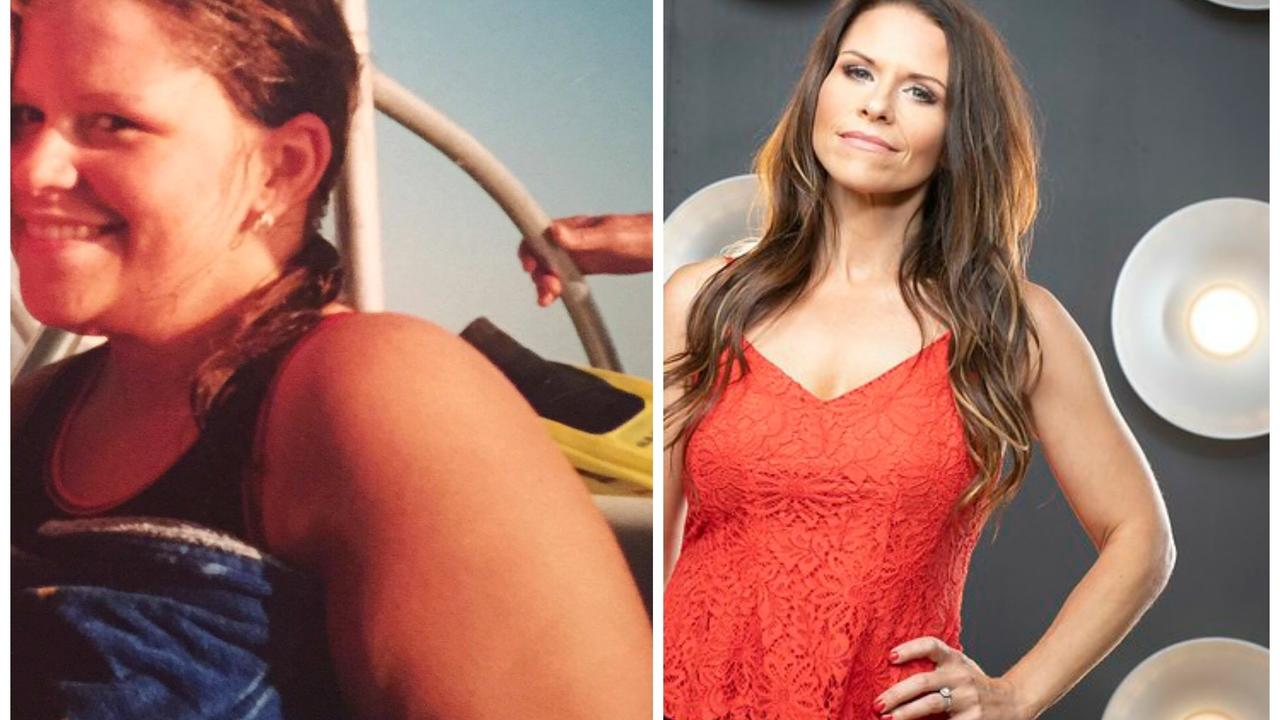 Have you ever gotten a picture back, looked at it, and said is THAT really me?

I get asked all the time:

How did you do it?
How do you stay motivated?
What made you want to change your life?
How can I do it too?

I feel ya sister. I was her too.

What I can also tell you is that sometimes in our lives we have to get to the point where enough is enough.

Where we are no longer looking to fix the outside and chasing skinny, but rather we want to fix what is BROKEN and unhealthy on the inside.

I wish I could give you simple answer, but the reality is, I just got this picture back, knew how I felt on this...

journey to plant based living